What other percussionists are saying...
|
The build quality of my Harlan tambourine is second to none. The jingle response is as immediate and sensitive as I have ever known, making the instrument perfect for orchestral passages requiring clear articulation and tone. An excellent addition to my collection. 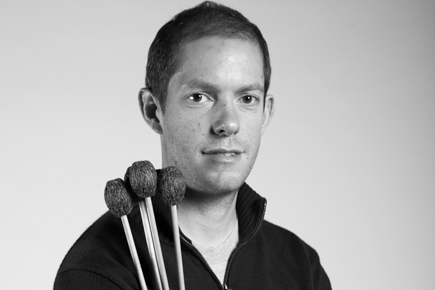 Henry joined the London Philharmonic Orchestra as Co-Principal Percussion in 2015. Before joining the LPO he spent four and a half years in the percussion section of the Royal Liverpool Philharmonic Orchestra. Whilst in the RLPO Henry performed the world premiere of Stewart Copeland’s percussion concertoPoltroons in Paradise with Vasily Petrenko in Liverpool and on tour in Europe and China at the Beijing NCPA International Percussion Festival.
|
The Stradivarius of tambourines.
…it does what my old pre-war (WW2) K Zildjans cymbals do. They have the weight and clarity to drive the orchestra. Not just a pretty new tambo sound.

Thomas Stubbs graduated from Juilliard in 1970 and subsequently joined the St. Louis Symphony, where he is currently the Assistant Principal Tympani/percussionist (cymbal specialist). He teaches at St. Louis University and, since 1989, at the Aspen Music Festival and School. He has also taught at the University of Missouri-St. Louis, University of Missouri-Columbia, and University of Indiana-Bloomington. He is also a clinician for the Zildjian Cymbal Company.
|
…The Best of the Best…
(O’Donnell Multi Timbrel Triangle Beater) 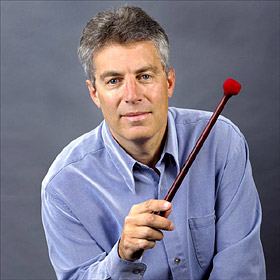 Virtuoso timpanist Jonathan Haas has raised the status of the timpani to that of a solo instrument throughout his unique career that has spanned more than twenty-five years.  From classical concertos to jazz and rock & roll, from symphonic masterpieces to the most experimental compositions of living composers, Haas has championed, commissioned, unearthed and celebrated music for his instrument, becoming, as Ovation magazine hailed him, “The Paganini of the timpani.”
|
“For those who love ‘just the right’ triangle sound for each note without changing beaters… A few lucky folks, like myself, have used these beaters for many years.”
(O’Donnell Multi Timbrel Triangle Beater)

“The President’s Own” U.S. Marine  Band in Washington, DC. (Retired)
|
This is the best tambourine that I have ever heard since the ones in the 70’s! Even with the larger jingles I can still play soft as well as loud and with a very fast response from the instrument. That is the biggest problem, I feel (response time) of most tambourines. The weight of the instrument is perfect for me. Jingles sound great. I also love the triangle beaters. The overtones are beautiful on an Abel and Grover triangle.

Not just another snare stick, but a refined, balanced and–arguably–the best playing experience I’ve had with a concert snare drum stick in decades!  Congratulations on a wonderful addition to the percussionist’s palette!  Overall, the words that best describe your sticks are Classy, Professional, Beautifully balanced. I like them enough to switch from my current to your Bolero rosewoods as my go-to stick. 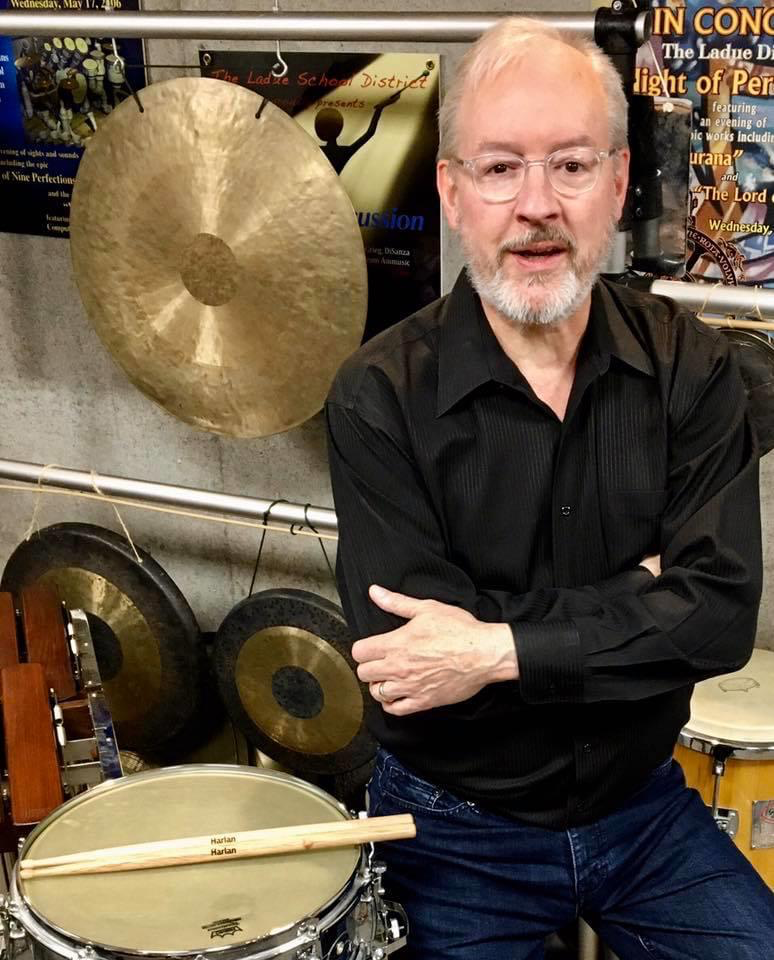 Harlan Tambos in the Wild

Showing off his new Harlan Hybrid Tambo at the RAMT Theater in Moscow where he is playing the Summer Ballet season. 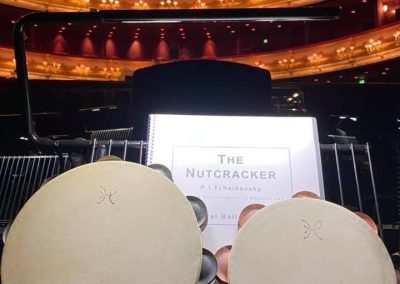 Another beautiful Hall. Nigel Philip Charman posted this from the Royal Opera House in London. The tambos aren’t so bad either! 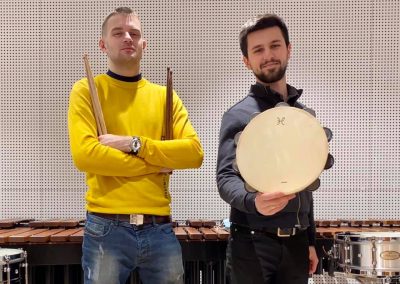 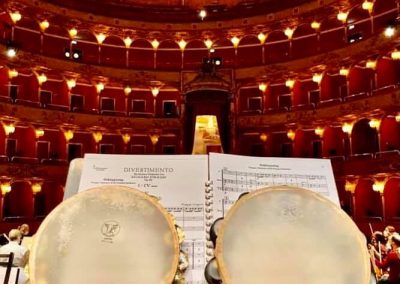 Rocco Bitondo posted this photo of his Harlan at the Orchestra of the Teatro dell’Opera of Rome in their beautiful Hall. Gorgeous! 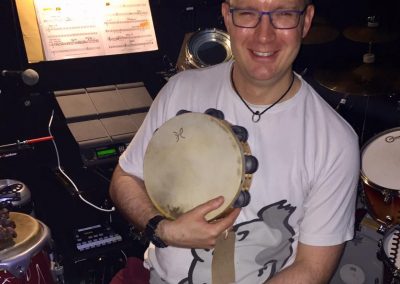 Matt Whittington at the Palladium in London during his run of Wind in the Willows.

Tom Maloy showed his new Harlan’s to The President’s Marine Band in DC.

Jake Nissly at Davies Hall with the San Francisco Symphony sporting a couple of Harlan Tambos. He said the Spanish is his new favorite. Ole’! 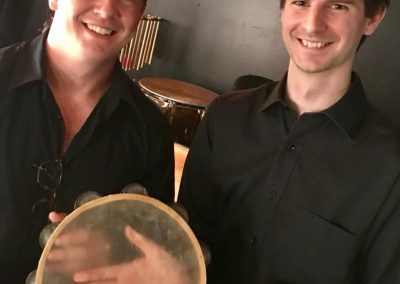 Harlan Tambourines are Down Under!

James Townsend and Robert Allan with Orchestra Victoria and The Australian Ballet in Melbourne.

Neil Percy and Sam Walton of the London Symphony. 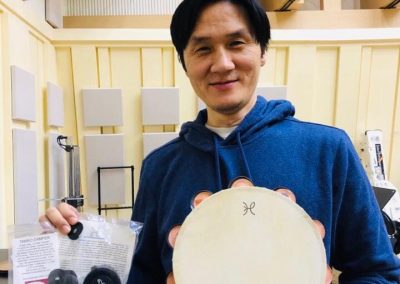 We received a note from Edward Choi, Principal Percussionist of the Seoul Philharmonic Orchestra, looking for a specific sound. We made him a Frankenstein with large Tempered German Silver on the bottom row and small Tempered Phosphor Bronze on the top row. He just got it and said, “Really love the instrument”! These are the notes we love to get! 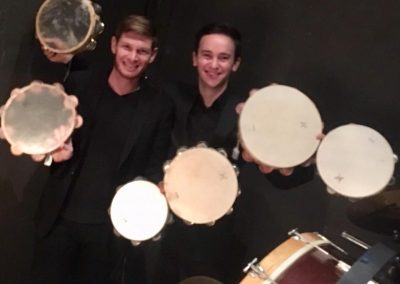 Scott Crawford and Kyle Ritenauer of the Huntsville (Ala.) Symphony took some Harlans out for a test drive this week. We think they liked them! 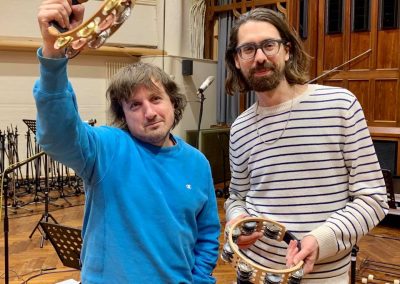 Just before lockdown our friend Rob Farrer did a film called Enola Holmes, which is a kids film set in London about Sherlock Holmes’s sister being released on Netflix in September. Rob took his new Headless Harlan’s to the session and the composer, Daniel Pemberton (left) and the engineer, Sam Okell (right) absolutely loved the tambourines. They became a big part of the soundtrack!

Alison Fane in Melbourne with her new Harlan Hybrid Tambo! 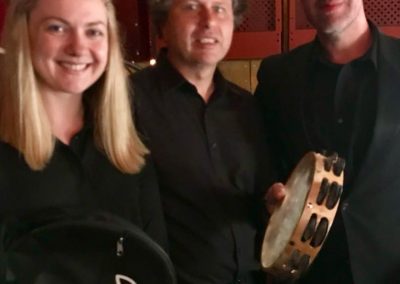 Harlan Tambourines are Down Under!

Lara Wilson, Steve Falk and Scott Weatherson with Orchestra Victoria and The Australian Ballet in Melbourne.

Tom Stubbs is introducing some Harlan’s to some great Percussionists! Dane Richeson, Colin Graham and Tom.